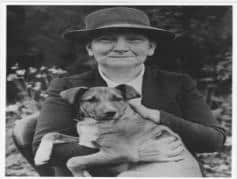 The Club has a unique history dating back to 1927, and its formation is attributable entirely to the enterprise and foresight of the then proprietrix-secretary, Miss Margaret Carswell [pictured]. As a member of the then Edinburgh Woman’s Athletic Club she realised that the demand for golf facilities for women could not be met by the existing Clubs in and around the City. Fired with the urge to supply that want she “discovered” Swanston while walking in the Pentlands one day in 1927. She apparently saw at an inspired glance the possibilities the land had to offer in the way of a golf course. A gambler by nature, as she herself admitted, she decided there and then to construct one. Leasing the land, she began by laying out nine holes, and in the following years she extended the course to eighteen holes. 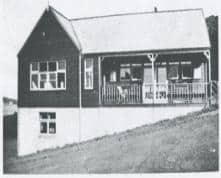 Miss Carswell designed the course herself, showing a natural flair for golf architecture, and all   major decisions in connection with the course’s upkeep were made by her.  She herself decided   which fertilisers and weed-killers were most suitable and the beautiful condition of the turf  bespeaks of an intimate knowledge of the land, no doubt inherited, from her ancestors who were  landed proprietors in Fife [Rathillet – also name of house beside 1st tee].

She was fortunate in having a first-rate greenkeeper in Herbert More [opposite] who had been    with the Club since its formation.  His wife, Christina [opposite], looked after the catering in the   then attractive little Club Pavilion [pictured] built in 1935 to supersede the old-fashioned cottages   that served as the Clubhouse in the first years. Their son John was a Professional Golfer.

It was her original intention that membership would be confined to Ladies only, but as one or two  potential members objected on the grounds that their male admirers also played golf, she opened   the Club on a mixed membership basis.  Despite the fact that initially the Men outnumbered the    Ladies by three to one many people in Edinburgh at the time were under the impression that    Swanston was a Ladies’ Club! 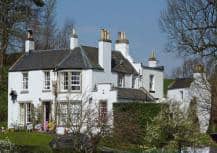 Eric McRuvie, who won the Boys’ Amateur Championship in 1926, took part in the opening of  Swanston Golf Course and was again present on Saturday 13th October 1952 when he joined in  an exhibition round to celebrate Swanston’s Silver Jubilee.

To mark his long service to the Club Herbert More was presented with a suitably inscribed teak   garden seat at this event by Miss Carswell. 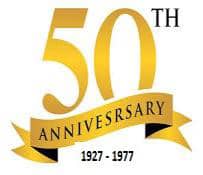 In 1977 to celebrate the 50th Anniversary of the Club David Paton, the Captain of the day,   arranged an exhibition match between Swanston and Broomieknowe.

Swanston was represented by John More, professional at Carlisle City Golf Club, and a Swanston   Member in the 1940’s and early 1950’s [he was also the first winner of the British Youths Championship in 1954] and Jim McLagan, the current Club Champion. Representing Broomieknowe was Bobby Muir, the Lothians Champion of that year, and Bob    Fleming their Club Professional.

The match was played in front of a good crowd and by all accounts made for thoroughly enjoyable   viewing. The result was a win for Swanston by 1 hole.

Jim McLagan holed in one at the 13th [Old Course], the last hole to be won.

Commemorative Scorecards and suitably inscribed golf balls were produced in order to celebrate this occasion. 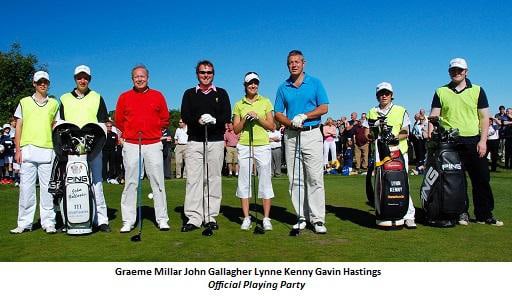 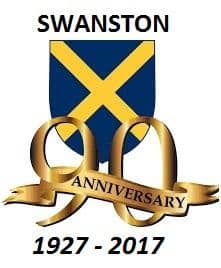 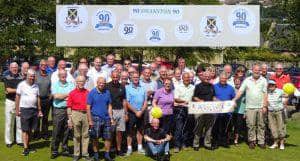 2018 Club drops the word “New” and reverts back to be known as Swanston Golf Club.